To celebrate Learning at Work Week 2019, Mike Bullard, award-winning chef at The Butchers Social is shouting about the importance of growing and retaining talent in the industry, and is calling on his fellow food profs to follow his lead. Mike’s passion for nurturing aspiring chefs has seen him employ many apprentices since opening The Butchers Social in 2016, but he feels there is more to be done in the region for supporting the next generation.

Since opening, Mike has been dedicated to personally investing time training others, with Oliver Aston, a prodigy of his. A local Henley resident with learning difficulties, Olly had previously worked at neighbouring pubs and restaurants for a number of years as a pot-washer; however, despite him making his craving to become a chef known, no-one would take a chance on him and train him at the next level.

When Mike learned of Olly’s passion to be a chef, he took him on as a chef apprentice through the HIT Training scheme, and never looked back. Olly has now been with The Butchers Social for nine months full-time, and is working towards securing his Professional Cookery qualification to a Level 2 standard.

So far, Olly has sat (and passed!) half of the necessary modules, meaning that he is well on his way to qualifying, under Mike’s leadership. Once he gains the qualification, the journey is not over for Olly, as Mike has made it clear that he intends to take him on full-time and continue providing the professional development he needs to become a chef – no matter the time it takes.

Speaking about his commitment to the culinary-training cause, Mike said: “At the Butcher’s Social, we don’t compromise on the fact that the kitchen is a classroom. I have such a passion for education the next generation as I think that’s the key to seeing the British food scene flourish. I’m proud to see individuals like Olly progress thanks to initiatives like ours and watching the progress he has made so far has been an honour for myself and the rest of the kitchen team.

“Having come from an apprenticeship background myself, I understand the importance of gaining first hand-experience on the job, and am a huge advocate of schemes that help people get into work. If those of us that have now reached the top of our career don’t help those up the ladder behind us, we only have ourselves to blame when those coming up the ranks don’t have a passion, flair, or love for the culinary arts.”

As a self-taught chef who worked his way up through the ranks from pot-washing to Chef Director of his own restaurant, Mike is determined to share the knowledge he has gained over 20 years in the industry, and empower and support others to do the same. Mike champions mentoring, teaching the drive, knowledge, and tenacity it takes to make it in the chef industry.

With this in mind, he’s committed to being a mentor for Lydia West, a local Dudley student who has set her sights on a career in cookery. Advising Lydia on all aspects of running your own kitchen, from food preparation, recipes, and plating, to budgeting, interpreting specs and time management, Mike has taken the 15-year-old Dudley student under his wing. This has seen Mike go to her school to teach her, as well as invite her into The Butchers Social kitchen to see him in action and try her hand in a real-life restaurant kitchen. Under Mikes mentorship, Lydia won her regional heat for the Springboard FutureChef competition, and with this a taste of success, is pushing herself to become a star in the food industry.

“Learning at Work Week is a fantastic programme and I think it is our cross-industry responsibility to support it. If we all get behind the initiative and commit to the schemes designed to nurture those starting out, it is my hope that we’ll be celebrating learning at work every week, not just for one week a year,” concluded Mike.

To book your table at The Butchers Social and to try out the new menus, call the team on 01564 792135 or visit: www.thebutchers.social.

MTC apprentice in line for award 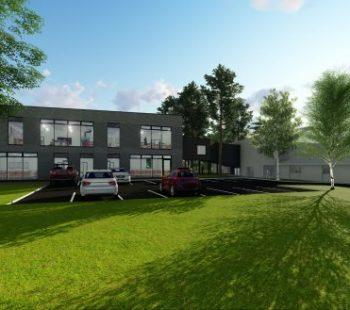 A career in fashion after education — what are…