Nottingham based Couch Perry Wilkes (CPW) has once again teamed up with Nottingham Trent University (NTU) to award  six of its top students with prestigious awards.

In a presentation held at the university, six students from the schools of Architecture, Interior Architecture and Design and Architectural Technology had their hard work recognised as they were awarded prizes to highlight their achievement.

Alex Jones, Director at CPW acted as a judge on behalf of the company, he said: “We are delighted to be involved again this year as we’re really passionate about championing Nottingham talent, particularly in the property and construction sectors.

“All the shortlisted projects were brilliant so it was really hard to pick a winner but James, Ellen and Olivia’s projects all really stood out. Their creativity was astounding and it is talent like this that we need to retain within the region.”

CPW is a national M&E consultancy with more than 200 staff based across nine regional offices, including Nottingham. The firm specialises in designing and integrating the full range of energy solutions into existing and new buildings.

Anna Lorf, winner of the most improved student award, said: “My project was a science educational centre and the site I chose was on Crocus Street, Nottingham. My project was largely inspired after I visited a science centre in Copenhagen, called the Experimentaruim, where children can learn through fun activities.

“I felt very honoured to have won an award, it made me feel very proud of what I have achieved during my years at university. To be recognised by industry professionals is fantastic and I’m glad they enjoyed my work as much as I did this year.”

Ellen Brown, winner of the best technical response award, added: “I was so shocked to win the award, I really wasn’t expecting to hear my name called out that evening. It was a much-needed confidence boost and I’ve proudly listed the award on my CV.”

NTU was named as the Guardian’s ‘University of the Year’ for 2019 and is committed to exceptional teaching and learning, underpinned by world class research.

Gavin Richards, Head of Architecture at Nottingham Trent University, said: “The awards are definitely a recognition of all the hard work the students have put in over the past three years. All our students work incredibly hard, but I think that for Anna, Ellen, James, Matt, Olivia and Rheneas, winning was a recognition of their strength in their particular fields.

“Partnerships with organisations such as Couch Perry Wilkes are so important to Nottingham Trent University as industry recognition in the form of awards, gives our students a real sense of achievement and confidence as they enter into their new career.” 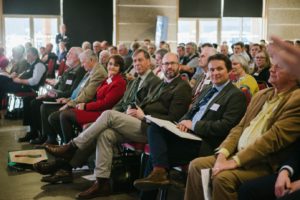 The future is now for next Lincolnshire Farming… 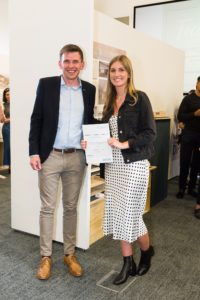 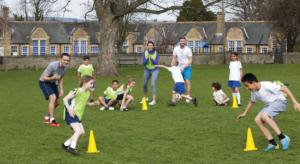